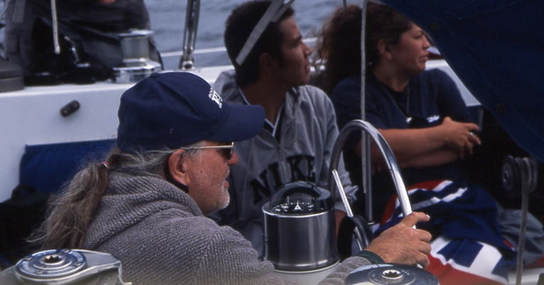 From early on, exposure to varied cultures and the development of sensitivities through many modalities has been a constant through Robert’s life. The environment he grew up in was the natural training ground and teacher, informing both his spiritual and professional lives.
​Concurrent with his professional life, Robert was led to a profound experience with an Australian healer, where, due to an initiatory experience, his hands were opened to perform healing work. He followed his natural inclination to continue writing for a living, until an internal epiphany directed him to begin to do healing work publicly. During this period of development, a variety of Taoist teachers worked with him. He learned deeper healing techniques, energetic skills and studied Qigong, TaiChi and other forms of moving meditations and was initiated as Reiki Master. Following his First Nations roots, he was invited to study the old medicine ways of the Yukon Territories and Northern Alberta. Here he learned in the traditional manner of his forefathers, earning the rights to the ceremonies through the late Cree/Dakota elder Pey-a-sis. He began to incorporate the old teachings into his practice of healing and began to teach in a traditional way. His private practice and teaching schedule burgeoned to such a degree that he eventually founded the Northwest Center for Complementary Medicine, surrounding himself with other practitioners of alternative medicines.