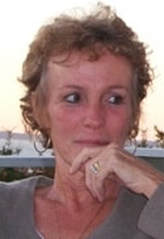 Dr. Snider has devoted her career to the philosophy of naturopathic medicine, and pluralistic public policy that promotes health and choice. An internationally recognized pioneer in the philosophy of naturopathic medicine and integrative health care, she serves as Chief Culture Officer & Special Assistant to the President at Southern California University of Health Sciences, Vice Chair and co-founder of the Integrative Health Policy Consortium (IHPC); Founding Executive Director and co-founder of the Academic Consortium for Integrative Health (ACIH), and Advisor on Washington State’s Health Professional Loan Repayment and Scholarship Program Advisory Committee (HPLRSP). She is Associate Professor at NCNM, Adjunct Faculty at Bastyr University, and leads the Foundations of Naturopathic Medicine Project as Executive and Senior Editor – an international textbook and symposia series codifying and advancing scholarship and application of ‘the heart of naturopathic medicine.’  The FNM has published and disseminated over 40 publications for free since its inception, hosted four international Retreats and Symposia to establish a global epistemology of Naturopathic Medicine and hosted thousands of Faculty and students in the Emunctorology - a new and traditional clinical science; and Diversity of the Vis series.

Dr. Snider, based on Dr. Zeff's landmark Process of Healing theory published in 1997 in the Journal of Naturopathic Medicine, partnered with Dr. Zeff in 1998 proposing expanding the Hierarchy of Therapeutics to seven levels, and renaming it the Therapeutic Order. She and Dr. Zeff have collaborated since then in publishing, teaching , and advancing the Process of Healing Theory, further developing the Naturopathic Therapeutic Order and in co-founding and co-leading the Foundations of Naturopathic Medicine Project.  Dr. Snider has received a number of awards including AANP’s Presidents Award, AANP's Physician of the Year Award and Ontario’s Physician of the Year Award  and an Honorary Doctorate in Naturopathic Philosophy from CCNM, and in 2015 AANP's William A. Mitchell Vis Award (AANP) and in 2016 the NMSA - The Gathering Beacon Award. Dr. Snider lives on her homestead in beautiful North Bend, Washington with her soul mate and husband Dr. Bruce Milliman, their four children and “The Revival.”